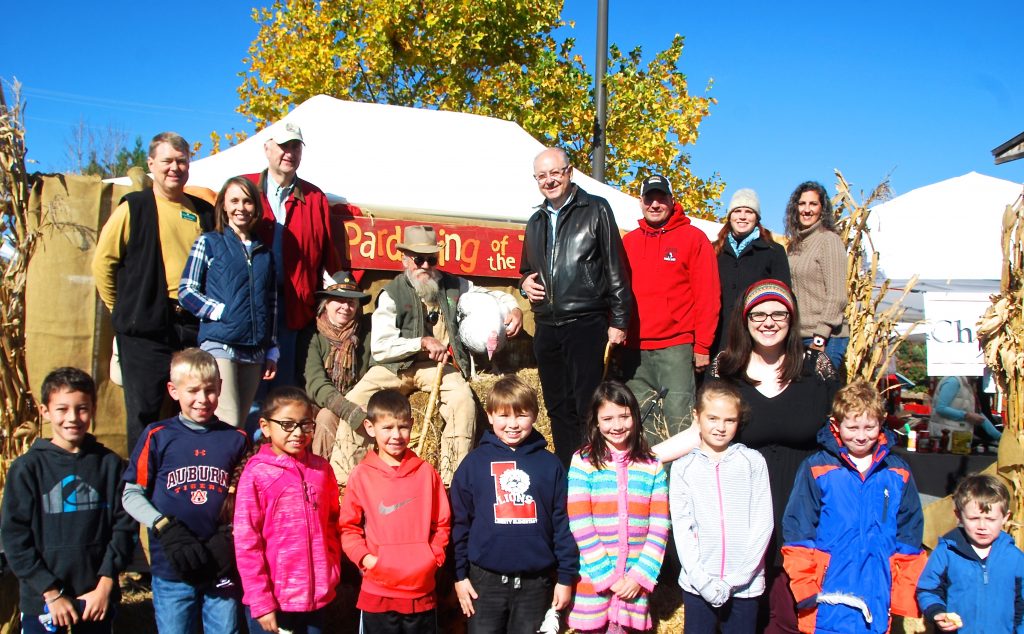 The Franklin Farmers Market 2nd annual Pardoning of the Turkey was a hit on Saturday, November 19th sponsored by Herban Market. Danny the Turkey of Earth’s Advocates Research Farm sat royally on his bale of hay as children and adults hugged him. Danny is a pro at being the center of attention and children gathered around him for a chance to pet their first turkey. 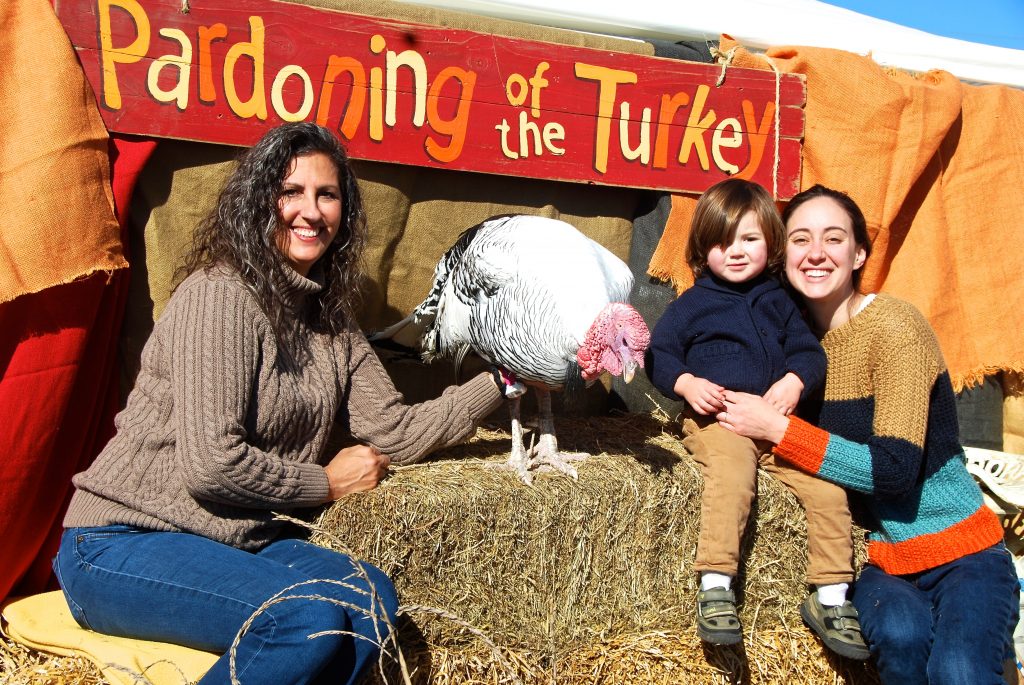 Second Graders from Liberty Elementary School wrote over 90 letters to Mayor Ken Moore on Danny’s behalf and delivered them to the Mayor asking him to pardon Danny for Thanksgiving. The Mayor was happy to oblige and graciously pardoned Danny in front of hundreds of market attendees. 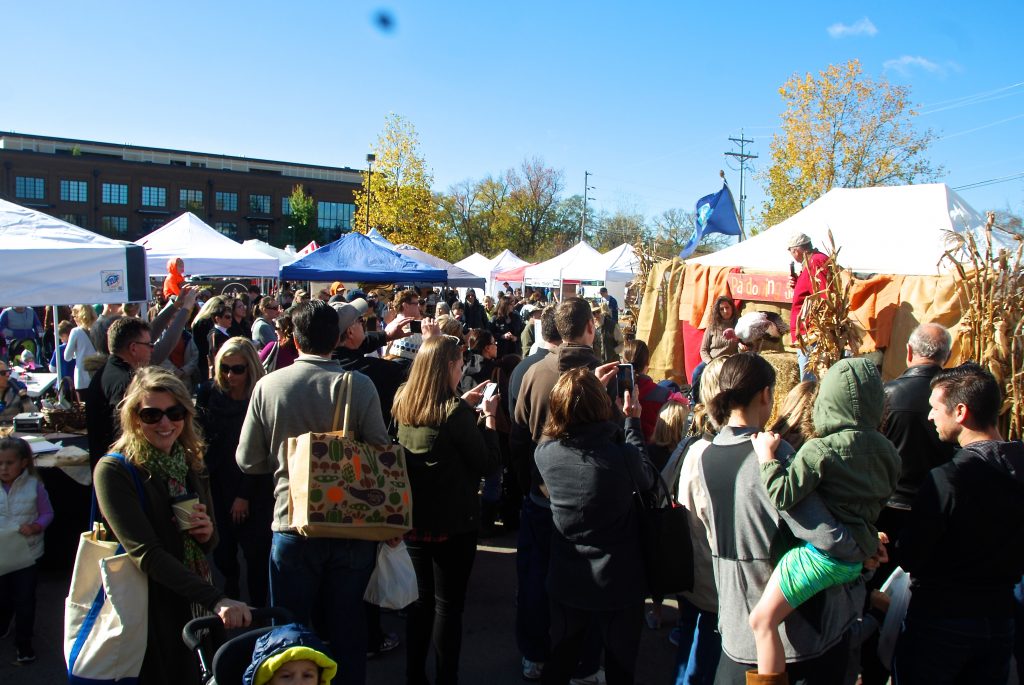 Assistant Commissioner of Agriculture, Ed Harlan, delighted the crowd with turkey facts and State Veterinarian Dr. Charlie Hatcher gave insight into the farmers who provide us with Thanksgiving fare. Ellie’s Donuts provided donuts for the children who wrote letters to the mayor and the fun day was complete with many “selfies” taken with Danny. It’s not everyday that one can say they took a picture with a Royal Palm Heritage breed turkey, but the customers of the Franklin Farmers Market can check off that one on their bucket list! 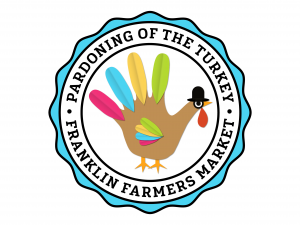 The Franklin Farmers Market is open 52 weeks a year. Gone are the days of markets closing down in the winter months due to no produce. The farmers at the Franklin Farmers Market grow year-round thanks to crop row covers, hoop houses and green houses. The meat producers provide beef, pork, chicken, lamb, turkey and bison, and vegetable producers have leafy greens, winter squashes, broccoli, cauliflower, sweet potatoes, lettuces and more. It’s not hard to eat seasonally and locally right here in our hometown! This Thanksgiving we are grateful for the farmers who provide us with healthy, locally grown food to nourish our bodies and we are thankful to live in such a wonderful community of Franklin, TN. 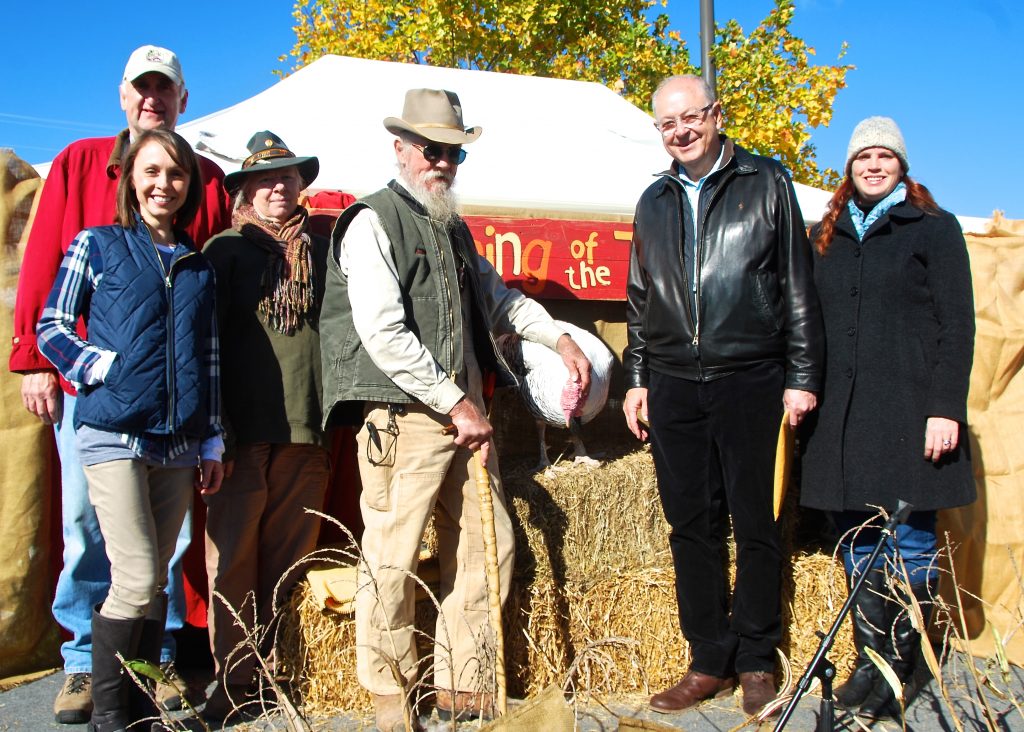 The Franklin Farmers Market is open year round with winter hours of 9am-1pm in November and December and 9am-12pm January-April. The market is located at 230 Franklin Road behind the Factory. Our 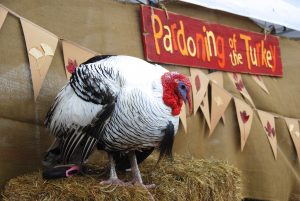 The Franklin Farmers Market 2nd annual Pardoning of the Turkey is Saturday, November 19th at 10am sponsored by Herban Market. This fun, family oriented event is centered on our market turkey, Danny of Earth’s Advocates Research Farm. Children will be delighted to meet and pet the Royal Palm Heritage breed turkey that will be pardoned by our very own Franklin City Mayor Ken Moore with Assistant Commissioner Ed Harlan.

Children are invited to download this coloring sheet and write a letter to Mayor Moore asking him to grant amnesty to Danny for Thanksgiving. Deliver your letter by 9:45am to the market information tent for a chance to win a farmers market prize! There will also be a coloring tent set up for children visiting the market who want to color and write a letter on Danny’s behalf. 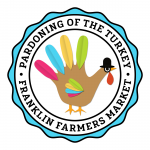 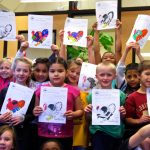 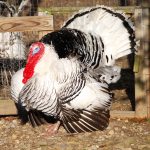 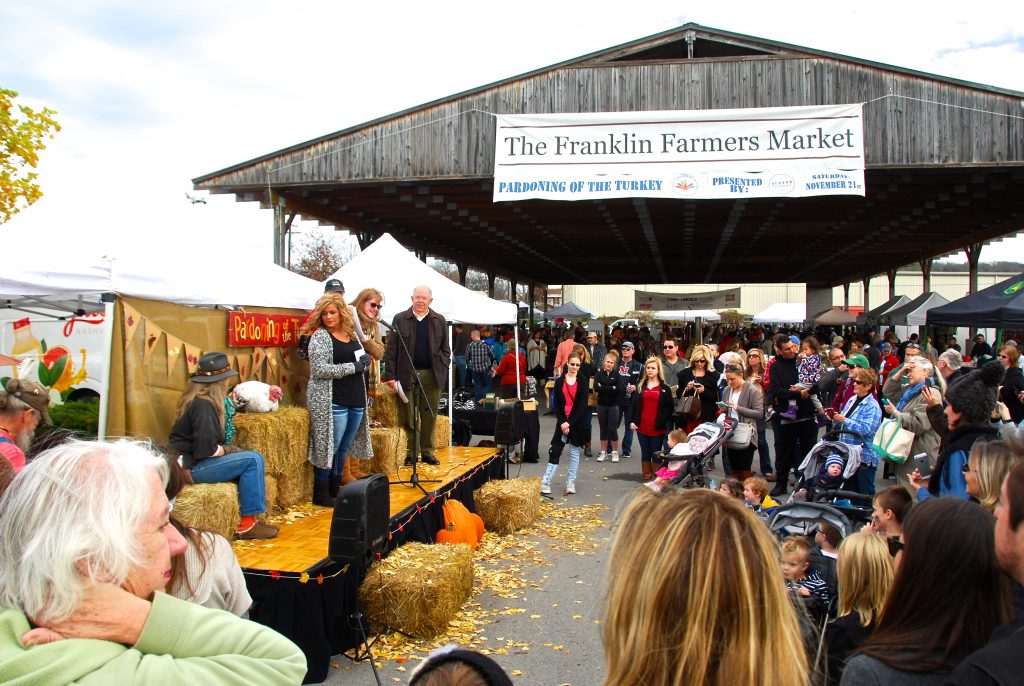 The November farmers market is full of beautiful produce you may not know is still in season, just in time for Thanksgiving! November 19th is the perfect time to buy your sweet potatoes, broccoli, cauliflower, leafy greens, radishes, turnips, pumpkins, winter squashes and more! Some farmers will still have cherry tomatoes available to go with the lettuce! Bring your children to the market as we give thanks to the farmers and teach them where our food is grown and enjoy our wonderful celebration of Pardoning of the Turkey!

Herban Market will be offering free tasting of their excellent Olive Oils and Balsamic’s throughout market. We are blessed to have Herban Market as our presenting sponsor for our 2nd annual Pardoning of the Turkey event.

The Franklin Farmers Market is open year round with winter hours of 9am-1pm in November and December and 9am-12pm January-April. The market is located at 230 Franklin Road behind the Factory.