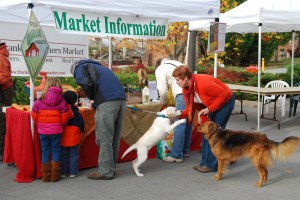 To a lot of people, dogs are just like their kids. So we knew when we asked the question of whether dogs should be banned or allowed at the Franklin Farmers Market that a huge number of you would voice your opinions.  The question really struck a nerve on both sides of the issue. A lot of people told us how disappointing it would be if dogs were not allowed at the market anymore while many others told us about their concerns over the safety and sanitary issues that the dogs bring about. 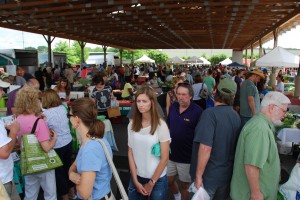 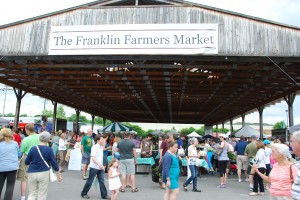 The Franklin Farmers Market has grown into one of the largest and most popular farmers markets in the state and the number of people visiting the market each Saturday has skyrocketed. But the number of dogs at the market has also increased rapidly and a packed market with people and dogs can cause big problems. 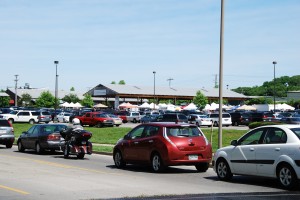 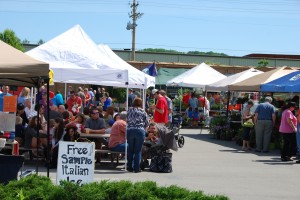 We love dogs. Whether they’re little or big; pedigreed or mutts, we love them all. There are dogs that have been coming to the market for years now that we know by name and look forward to seeing every Saturday. So making a decision on whether dogs should stay or go has been very tough. For over a year, we’ve looked for solutions. We’ve researched markets across the country on their dog policies. We’ve considered alternatives, such having dog-friendly hours at the market. We’ve talked to health safety officials about the dogs coming in contact with food at the market and we’ve gone through all of the responses to our questions about having dogs at the market. 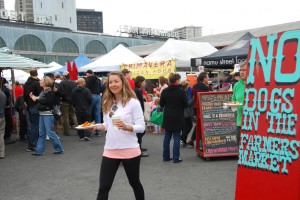 Most of the larger farmer markets across the United States have found the need to keep dogs out of the food and produce area of markets as this photo shows at the Ferry Plaza Farmers Market in downtown San Francisco, California

The ban on dogs at the Franklin Farmers Market will go into effect on January 1st, 2014. The ban does not apply to service dogs.

As covered by the Tennessean.