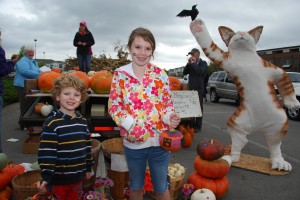 From a giant cat holding a crow, to the minions from Despicable Me, it all made for a weird, but wonderful day at the market last Saturday. The Invasion of the Scarecrows took place and even though it was a cloudy, chilly day, everyone had a great time.

Kids picked up over 300 free pumpkins in the special pumpkin patch and then painted wild colors on their pumpkins and faces too. 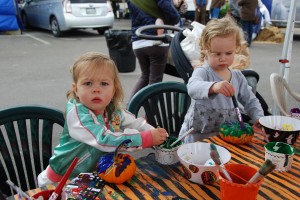 Got to decorate those pumpkins! 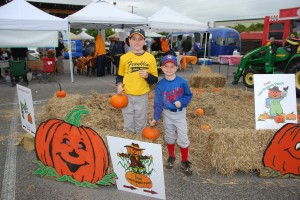 There were free pumkins for kids 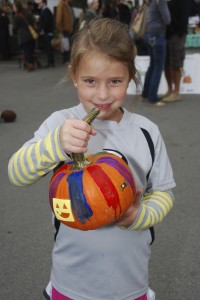 And our friends from Williamson Medical Center set up a great free photo booth so everyone could take home photos from the Scarecrow Invasion. 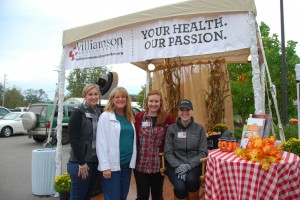 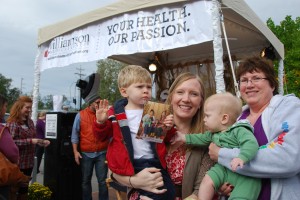 Just got the free family photo from Williamson Medical Center! 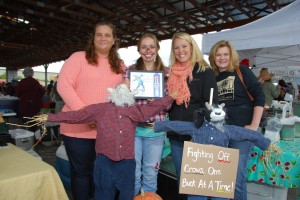 The scarecrow contest between the farmers and artisans was really something to see. Judges Nancy Williams, director of the Downtown Franklin Association, Brandy Blanton, publisher of Southern Exposure Magazine and Stephanie Clark of Williamson Medical Center had a tough time picking the winner of the contest, but in the end Noble Springs Dairy Farm won the grand prize with two goat scarecrows defending their garden against the crows. Beaverdam Creek Farm’s Despicable Me display with Gru and the Minions as scarecrows won 2nd place. And Bloomsbury/Spring Meadow Farms won 3rd with their Duck Dynasty scarecrow, complete with live ducks! 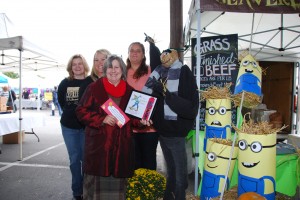 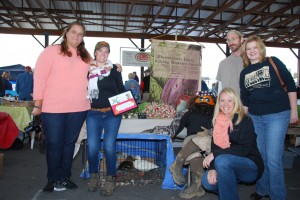 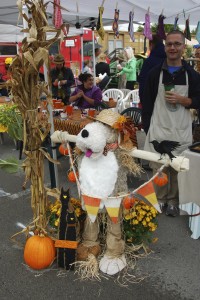 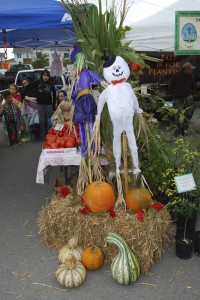 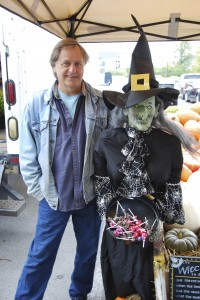 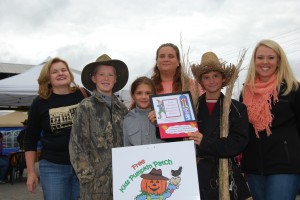 There were live scarecrows roaming the market too. These three from Zadock the Natural Farmer, took home the first place prize for the best dressed scarecrows. 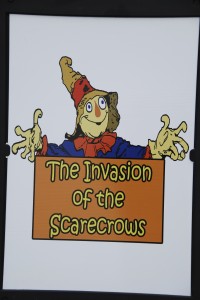 It was a fun day at the market!

All in all, it was a wacky fun day for everyone at the Franklin Farmers Market!  Click here to view all the photos taken on Saturday, you just might see yourself!