We need your help to name a newly orphaned baby calf from the Triple L Ranch.  It was a rough start in life for this little guy, born at Triple L Ranch 2 months ago. His mother abandoned him, making it a little touch and go at the beginning. 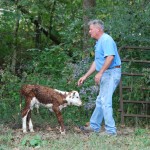 He was only 2 hours old, so Steven Lee watched over him closely 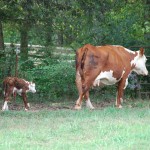 Momma cow kept walking off and rejecting him 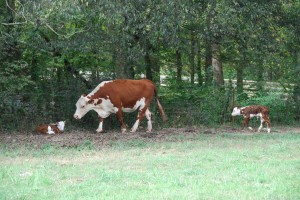 Momma Cow with new twin babies, cleaning the first born but not the 2nd baby twin

Calves need to nurse very soon after they are born to get necessary antibodies and nutrients for their immune system. So this little one was bottle-fed the right formula for newborn calves and now he’s doing just fine. 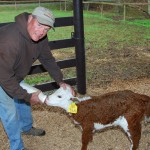 At 2 weeks old, the baby was fed 3 times a day in the calf nursery 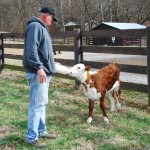 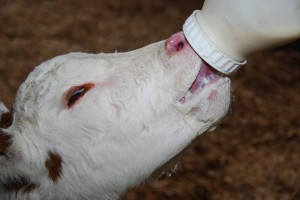 Can’t get that milk fast enough!

He’s still a bottle-baby even though he’s gained 40 pounds since birth.  He’s become a four-legged member of the Lee family at Triple L Ranch. But besides all of the attention he’s getting, this little calf needs something else. Stephen Lee of Triple L Ranch explains:

Over the last month, we held a contest to name the calf and we’ve gotten a lot of suggestions here at the Franklin Farmers Market.  So many, that we need your help to decide which name is the right one. Vote for what you think the calf should be named. Here’s a list of the top seven entries we liked for the calf’s name. Click on the one you like best to vote. 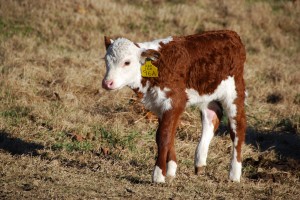 I’m growing up strong!  But what’s my name?

The winning name for the Triple L Ranch calf will be announced on January 19th. Vote now so he has a name to answer to!  All voting closes on January 18th at 12 midnight.

Here’s a time line of videos with the first one taken just 2 hours after birth.