There were tasty crisp apples, tender greens, sweet potatoes and hot peppers, plus a whole lot of scarecrows and painted pumpkins at the Franklin Farmers Market this past Saturday. There was no way you could miss them. Scarecrows were everywhere you looked! The Invasion of the Scarecrows was a big hit, with lots of pumpkins, lots of kids and the star “scarecrow” of the market, Paulette the miniature donkey. 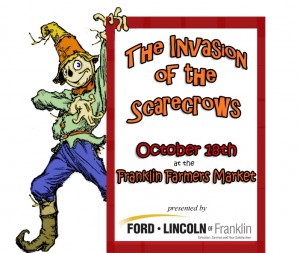 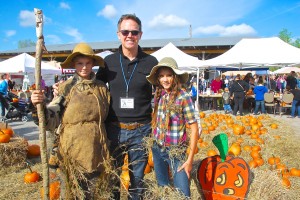 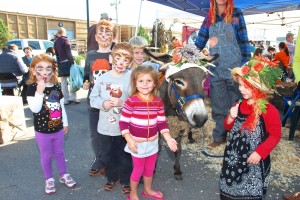 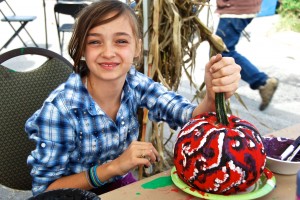 A perfect day for Pumpkin Painting! 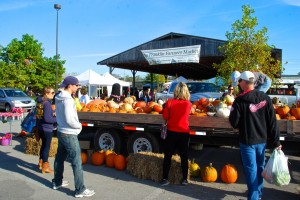 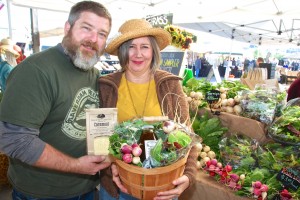 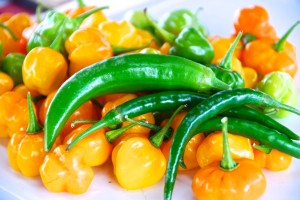 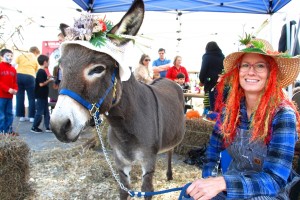 Star of the Day Paulette the Miniature Donkey 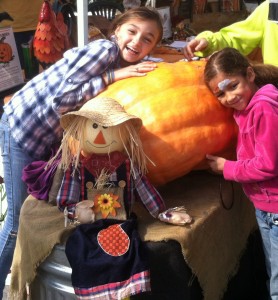 Olivia with plaid shirt guessed one pound off at 125 pounds to win the Biggest Pumpkin!

Plus there was the Great Pumpkin from the King Family Farm. It was big, really big. A pumpkin that was ready to go home with someone and be turned into the largest jack-o-lantern in the neighborhood. All you had to do was guess how much it weighed. The guesses on the weight of pumpkin ranged from 5 pounds to 2000 pounds. A lot of poking and prodding of the pumpkin took place, with people trying gauge its weight. The real weight of that big pumpkin was 126 pounds and the winner was just off by one pound in her guess.

And as you can see, Olivia Sorrell and her siblings were pretty excited over the win. It took two men to put the great pumpkin in the family car and haul it home to become a very impressive jack-o-lantern! 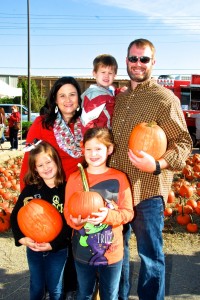 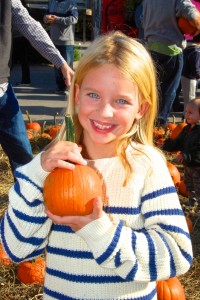 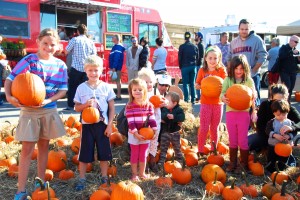 350 free Pumpkins for all kids 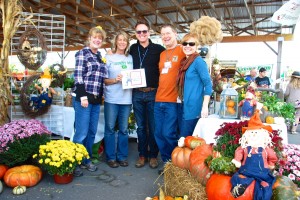 As part of a friendly competition, farmers and vendors turned their market booths into creative scarecrow displays. Judges Greg Brown, owner of Ford Lincoln of Franklin, Steve Smith, Williamson County Commissioner and president of the Williamson County Convention and Visitors Bureau, Brandy Blanton, Alderman and Southern Exposure Magazine and Torrey Barnhill, of the Heritage Foundation and event manager of the Heritage Ball went through the market and took a look at all of the scarecrows. In the end, the judges picked Blooming Baskets Farm as having the best scarecrow booth, with Triple L Ranch coming in second place and Moonshadow Farm/V’s Pottery display in third place. The best “living” scarecrow award went to Anna Reyes of Light and Shine. 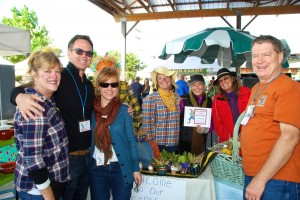 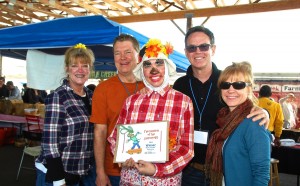 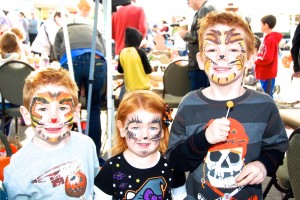 All in all, it was a fun-filled scarecrow, pumpkin painting kind of a day at the FFM. Take a look at the photos from the Invasion of the Scarecrows and get ready to smile!

Summer’s over and it won’t be long before fall turns into winter. But we’re ready. Many of our farmers grow all year-long and while the variety changes, you’ll still find the fresh vegetables grown locally that you love at the Franklin Farmers Market. Winter market begins on November 1st. 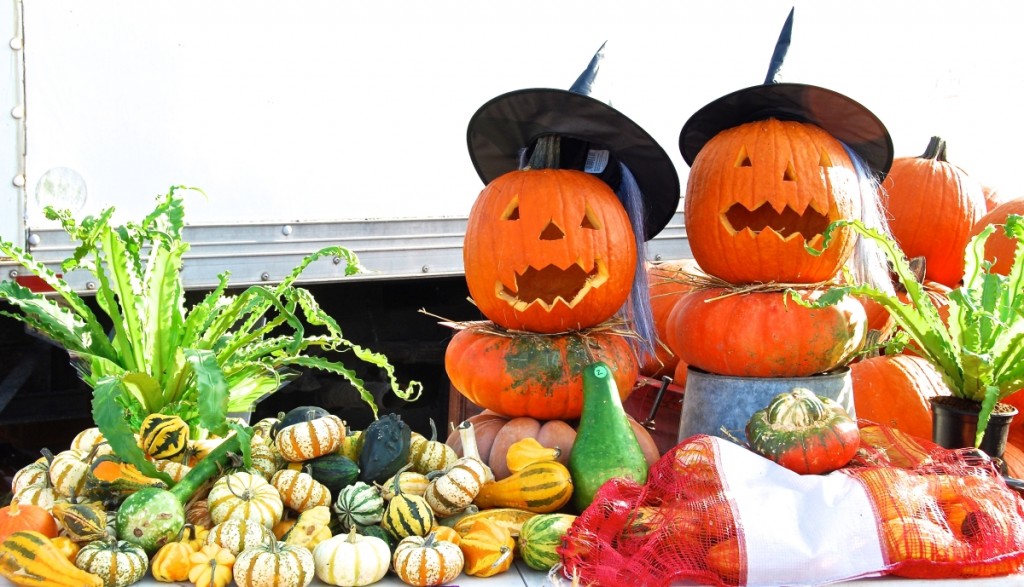 Beautiful weather with clear skies helped make this years Invasion of the Scarecrows a fun event for local families and friends.